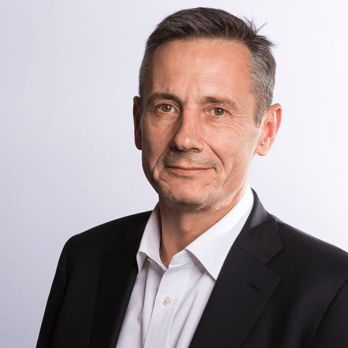 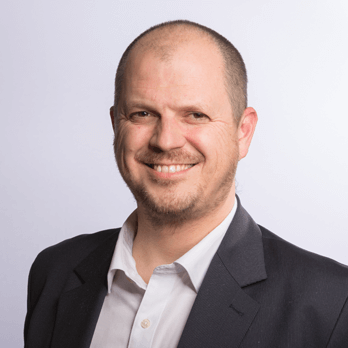 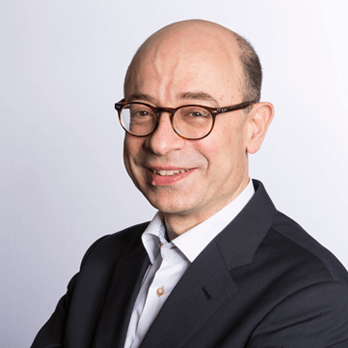 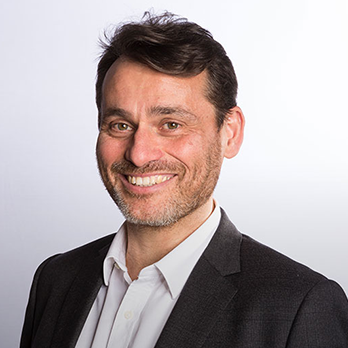 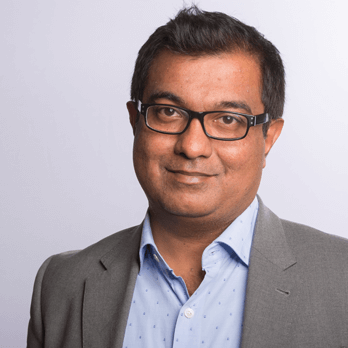 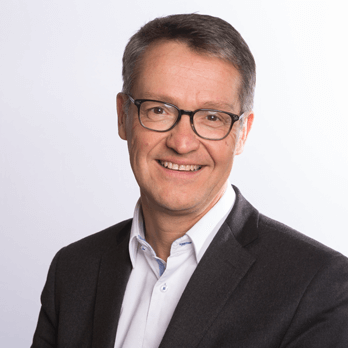 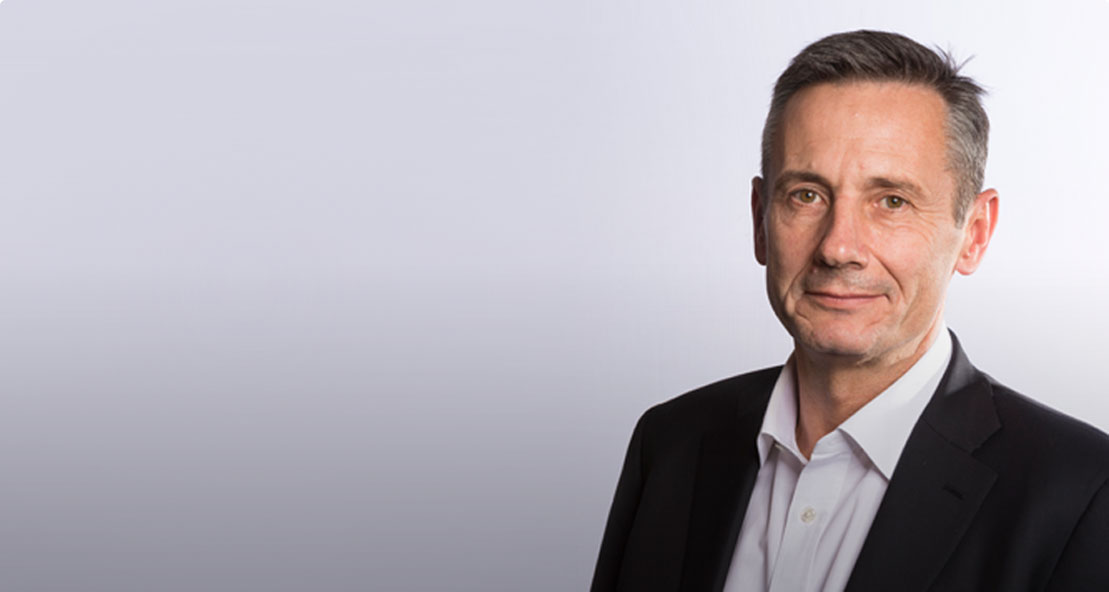 A passionate entrepreneur and industry thought leader, Vincent has grown CAST from a French-basement startup to a market category leader.

He is a true believer in "you can’t manage what you don’t see”, and started a movement, which lead to creating the Software Intelligence market category, to help executives make objective and informed software decisions, accelerate Cloud migration journeys, raise the security and resiliency of their software assets. In CAST, he is building a long-term venture, faithful to his team, clients, partners, and shareholders, with the mission to make ubiquitous what analysts call the most advanced “MRI for software”.

Vincent trained in Mechanical Engineering and Computer Science at a top French school, and is now based in New York. He loves his family, business and supports children education charities. He spends his free time losing golf balls and sailing the Atlantic.

Alexandre Rérolle is responsible for overseeing all of Finance & Administration for CAST and its subsidiaries.

Prior to CAST, Alexandre held various roles in controlling and finance moving up to the CFO position in one of the affiliates of the logistics division of Bolloré Group, with branches across France, Japan, Korea, China, and the USA. A recent addition to the team, Alexandre brings a high level of discipline and is very well aligned to CAST core values of transparency and collegiality. Alexandre’s background is in the sciences and he holds a Master’s in Economics from Paris Dauphine University.

Ernie is a renowned tech executive in field execution, business development, strategic planning and M&A, including assignments in the US, AP, China, Hong Kong. He was recognized by China Global Entrepreneur as one of 40 under 40 Tech Business Elites and is a published author, including a bestseller on Big Data.

Alongside CAST CEO & Founder Vincent Delaroche, Ernie is now scaling the emerging market category of Software Intelligence, a $1B+ phenomena fueled by business and digital leaders’ needs for greater objectivity in making software decisions, faster modernization for Cloud, raising the security and resiliency of their software assets. He sets the direction for and overseas all CAST country managers, field operations, including partner channel integration, and contributes to the corporate strategy and acquisitions.

Prior to joining CAST, Ernie was the General Manager of IBM Cloud for Greater China and served on IBM’s Global Strategy Team (ST) and IBM’s Growth and Transformation Team (GTT) – a select slate of senior IBM executives identified as transformation change-agents. Ernie grew up in the US, holding degrees in commerce and business administration from the University of Wisconsin – Madison.

Marc Zablit is responsible for strategic alliances with key go-to-market partners. His scope of responsibility encompasses a broad portfolio of IT market players, including application development ISVs and global systems integrators. Marc has been instrumental in building multiple strong partnerships, and is responsible for expanding these relationships and establishing new ones. He is well known for his expertise in the latest trends and techniques among application services providers to deliver innovation to clients.

Prior to joining CAST, Marc was Vice President of EMEA Marketing for Trilogy, an American ERP vendor. Prior to Trilogy, Marc was involved in growing and selling a software start-up in San Francisco. Prior to that, Marc was a software engineer, a project manager and then a business unit manager at several major European systems integrators. Marc earned a degree in Engineering from the École Nationale Supérieure de Paris, and an MBA at INSEAD.

Rado is a passionate marketer with an entrepreneurial streak and a track record of putting products on the map. Throughout his years of success in developing, selling and marketing enterprise software to senior IT & LOB leaders, he experienced firsthand the pervasive lack of clear visibility into the condition of complex software systems, until he discovered the software intelligence produced by the ‘MRI for software’, from CAST.

Rado now drives all aspects of CAST marketing and communications and, together with CEO Vincent Delaroche, he is shaping the emerging market category of Software Intelligence, a $1B+ phenomena fueled by businesses’ burning need for greater objectivity in making software decisions, faster modernization for Cloud, raising the security and resiliency of their software assets.

Rado joined CAST from IBM, where he run marketing and product management for several middleware product lines, was instrumental in making WebSphere the #1 application server, helped drive Linux to become the de-facto standard for IT, reshaped relationships with major ISVs, built and executed award-winning marketing programs.

Olivier Bonsignour is responsible for Research & Development and Product Management in a continual effort to build the world’s most advanced software analysis and measurement technology. He is an expert in the precision software parsing, and has a long term view of the product and the software analysis industry.

Prior to joining CAST, Olivier was the CIO for DGA, the advanced research division of the French Ministry of Defense.

Prior to that role, also at DGA, he was in charge of application development and a project director working on IT systems that support operations. A pioneer in the development of distributed systems and object oriented development; Olivier joined CAST after having been an early adopter of CAST technology in 1996. Most recently, Olivier and Capers Jones co-wrote The Economics of Software Quality, a book published by Addison-Wesley in 2011. Olivier holds a graduate degree in engineering and computer science from the National Institute of Applied Sciences (INSA), Lyon, and a Master’s in Management from the executive program at IAE Aix-en-Provence.

Dejan oversees the Delivery organization, with consulting resources in Europe, the US and India. Dejan is an experienced consulting and IT delivery leader fascinated about innovation and focused on delivering client value and maximizing client satisfaction. Pursuing the highest levels of client satisfaction, CAST Delivery activities include the introduction of CAST technology into enterprises and GSIs, training and coaching, building clients’ Centers of Excellence for producing software intelligence and leveraging the insights throughout the organization. The Delivery organization also runs CAST Managed Services to operate our technology on behalf of clients.

Prior to joining CAST, Dejan has been working at Accenture on shaping and delivering large digital transformation projects for Fortune 500 companies (involving 1000+ delivery staff and simplifying life of tens of thousands of client’s employees and millions of final users). In parallel Dejan was leading Consulting Activities for clients in the Telco & Media Sector and was also acting as Innovation Lead. Dejan holds a master’s degree in electrical engineering from Supélec (Centrale-Supélec) in France.

Dr. Bill Curtis is an industry luminary who is responsible for influencing CAST’s scientific and strategic direction, as well as helping educate the IT market about software intelligence. He is best known for leading development of the Capability Maturity Model (CMM) which is now the global standard for evaluating capability of software development organizations. Bill co-founded TeraQuest, the leader in CMM-based services, which was acquired by Borland. Prior to that he held technical and leadership positions at MCC, ITT, and GE Space Division. Bill has taught statistics at University of Washington and is an elected Fellow of the Institute of Electrical and Electronics Engineers for his contributions to software process improvement and measurement.

Bill also serves as the Executive Director of the Consortium for Information & Software Quality (CISQ), which was jointly founded by the Software Engineering Institute (SEI) at Carnegie Mellon and the Object Management Group (OMG). CISQ standards are broadly viewed as the leading method for certifying the reliability and security of software, and are referenced by a growing number of government agencies, regulators and industry consortia.

Mark leads CAST’s operations in the UK. He passionate about the benefits of software intelligence developed from his wide range of experience in Enterprise IT leadership both as a supplier and as a customer delivering application transformation programmes in a number of different sectors. Before joining CAST, Mark set up the Ministry of Defence’s first applications services team, grew a $150M business leading Microsoft UK’s Public Sector Services team, led the Information Systems and Services Advisory practice for a boutique strategy consulting firm and the EMEA Public Sector business for an Indian IT Services company.

Mark has Bachelors and Masters degrees in Engineering from University College London, is a Chartered Engineer and a Fellow of the Institute of Engineering and Technology.

Remi Jacquet runs CAST operations in the principal West- and Central-European geographies. Remi started at CAST in 1995 where he made CAST in France the de facto standard among the major enterprises, while supporting CAST adoption among the major systems integrators. He then gradually extended his leadership across Europe. He currently manages Europe including France, Belgium, Netherlands, Spain, Portugal and Italy. Prior to CAST Remi was a regional sales manager at Bull.

Remi holds an MBA from one of top 10 business school in Europe, and has become a sought-after advisor on software measurement issues for numerous IT executives. His long term tenure and success at CAST, together with his unique entrepreneurial spirit, make Rémi a pillar of the company.

Nilkanth Iyer is responsible for strategy, sales and business development for CAST India. As such, Nilkanth works with CAST’s strategic partners, including global system integrators and enterprise customers to help them better manage outsourcing operations and work with channel partners to improve software portfolio analysis and measurement. Nilkanth is a proven business strategist with a distinguished track record in the IT products and services industry, specializing in application development, lifecycle management and DevOps leadership for more than 16 years.

Nilkanth’s background includes leading the strategic build-out of the cloud ecosystem for IBM India-South Asia, where he spent more than 7 years. Prior to joining IBM, Nilkanth led the sales for Telelogic, a collaborative lifecycle management solutions provider which was acquired by IBM. Nilkanth holds a Bachelor’s in Electrical Engineering from Veermata Jijabai Technological Institute and a Master’s in Communication Management from the Mudra Institute of Communications, Ahmedabad.

He is passionate about Software Intelligence, that enables enterprise companies to design and develop the optimal architecture layout for the future of the organization’s digital business.

Prior to joining CAST, Mesut was leading as Vice President of Global Accounts an international sales team at Starmind. He successfully transformed the sales team to growth their SaaS business in a highly competitive market.

He is a proven business strategist with an outstanding track record in the software industry, were he build / transformed sales teams to increase their business.

Mesut has a master’s degrees in business informatics from University of Applied Science Furtwangen in Germany.

Fansi is responsible for the CAST business in China (including Taiwan and Hong Kong/Macao). He is the first person in China to start CAST business, leading the CAST China team to serve our strategic clients, cooperate with local system integrators as well as Global SIs, to bring maximized business value to clients. Fansi has over 20 years’ experience managing IT software and services for several multi-national companies in China, including IBM/Oracle/HP and FIS. Fansi holds a Bachelor’s in aviation design and an Executive MBA from Beijing Beihang University.

Business leader for the Italian geography in supporting enterprises, ministries and agencies to avoid 9-digit software disasters and rightsizing their ADM throughput capabilities. Enabling ICT organizations, ADM suppliers and advisory firms in sharing software big data and exploiting the highest business value out of then, in a common unambiguous standard language.

Alexandre is in charge of Northern Europe at CAST, since 5 years, after several positions at CAST, over the past 14 years.

Passionate and true believer in Software Intelligence, he has an extensive knowledge for success criteria for driving implementation journeys and has closed many large transactions in various verticals.

Previously, he was at IBM A/S France, in charge of retail segment where he developed a win/back practice for Services and ERP integration offers.

When he is not at work, he plays and coach in Basketball teams and loves cooking.

“Software Intelligence is like statistics in Sports in the 90’s, without Data, you can’t make the right choice as decision maker, but you can’t also get the right performances from your team !”